Hi friends, Sparkle here! I’m taking an extra-long lunch break to come sit in the sun and visit with all of you. Hopefully, the other elves help keep my secret for a while. I wanted to share some really cool info about classic Christmas stories. Of course, you know the ones I’m talking about. We grew up having them read to us before bedtime, heard them read aloud around the tree on Christmas Eve, and participated in activities based on them in school. However, do you know these classic Christmas stories and their origin? If not, don’t worry — I’m once again here to save the day!

The Gift of the Magi

Let’s start with a real classic. The Gift of the Magi by O. Henry was first published in 1905 after being written in only two hours. I wonder what William Sydney Porter (O. Henry was a surname) would say today about his story becoming one of the most timeless and classic Christmas stories ever written.

You all know how it goes. The Gift of the Magi tells the story of Della and Jim, a couple with no money who then each secretly sacrifices their most prized possession to get the other a special gift. When the time comes to open these gifts, they realize their mutual failing. The overarching theme here is to not forget the true meaning of the season.

Rudolph, the Red-Nosed Reindeer is now one of the most widely recognized Christmas tales but originally it was just a marketing pitch! In 1939, Robert L. May was looking for a way to bring more shoppers into the Montgomery Ward department store, and the rest, they say, is history. His poem about a shiny-nosed reindeer saving Christmas has endured through the years and has become a well-loved classic Christmas story, from movies to books to songs. 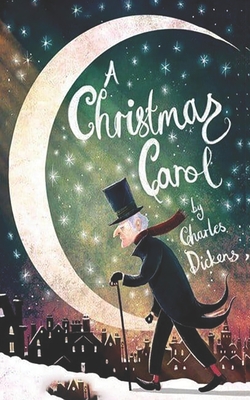 If there was one writer whose name is synonymous with Christmas, it may very well be Charles Dickens. In fact, no list of origins of classic Christmas stories would be complete without him!

He first wrote his novella, A Christmas Carol, in 1843. It’s an interesting commentary on social injustice, and boy did it resonate with British readers. The first edition came out on December 19, selling out by Christmas Eve.

A Christmas Carol wasn’t Dickens’ first story, nor was this his first Christmas story. A Christmas Carol has its origins in a few other of his works, most notably The Pickwick Papers. Dickens then took some of the elements from that story and transformed (and expanded it) into the Scrooge-fest we know and love today.

Before there were Elves on the Shelf like me there were Nutcrackers to, well, crack nuts. They originate from late 17th century Germany — not quite as old as me, but getting close!

Those toys then inspired one of the most well-known Christmas tales: the Nutcracker and the Mouse King. Written in 1816, E.T.A. Hoffmann’s story sees the character of the Nutcracker fantastically come to life. Just for a frame of reference, the United States only had 19 states when Hoffmann wrote his story which culminates in a battle between the Mouse King and the Nutcracker.

A Russian composer Tchaikovsky later transformed it into the ballet we know today as The Nutcracker.

Food for thought: the story ends with a question. Did Marie dream the whole thing or did her toy come to life? We’ll let the reader decide for themselves!

The Elves and the Shoemaker

If you love heartfelt classic Christmas stories, buckle up! Normally, any story written by The Brothers Grimm has a dark ending. Not so in The Elves and the Shoemaker. This beloved story, written in 1812, was a part of a trilogy. The first involved the aforementioned hardworking shoemaker (while the other two are more Brothers Grimm-like in tone and narrative).

The Shoemaker story is heartfelt as he’s rewarded for his honesty, generosity, and purity of heart. Some churches have even adapted this story into their annual Christmas programs — one cannot overlook the morality of the story, that’s for sure! 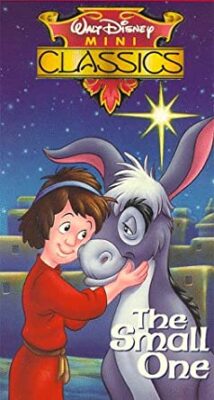 For this story, we’re going to jump ahead to 1978. Many of you know Don Bluth’s animated masterpieces The Secret of NIMH and All Goes go to Heaven. Do you know The Small one too? Like so many other animated works, it’s based on an earlier story from the 1940s. Although, it’s actually based on the Christmas narrative from the Gospels, telling the story of the small donkey Mary rode on her way to Bethlehem.

If you haven’t had a chance to watch it, check it out on Disney+ when you have a chance this Christmas.

The Other Wise Man

The final entry on today’s list of Christmas tales is The Other Wise Man by Henry van Dyke. Usually, a Christmas nativity setup includes three kings. It’s why we sing the song, “We Three Kings” even!

In this story, van Dyke imagines a fourth Wise Man who missed out on the convoy to Israel. Instead, he has his own journey. This 1895 classic Christmas story sees the fourth wise man, named Artaban, follow the Holy Family to Egypt then later to Jerusalem where he witnesses the crucifixion. Hollywood has adapted it several times, with the most recent version airing in 1989.

I hope you enjoyed looking at classic Christmas stories and their origin with me!

Now, I love the origins of classic Christmas stories! In fact, I could sit and talk all things Christmas all day, every day of course but I better scoot on back to the North Pole. But before I go, I wanted to remind you that if you are considering hanging Christmas lights later this year, there’s one thing you gotta do.

Call my friends at Twinkle Nights.

They are the best place to get the best holiday (and non-holiday lighting) set-ups that Gainesville has to offer. Trust me, Santa raves about how amazing Alachua County looks every year! This year, let your house be the one he talks about most with a display from Twinkle Nights!

How To Draw Crowds To Your Business During The Holidays

The 12 Days of Christmas Explained – The Meaning Behind the Music