Giving gifts is such a fun part of the Christmas experience. With each of the 12 days of Christmas you get or give something different. It really drives home the spirit of generosity that we should all have during this time of year.

What’s that? “What are the traditional 12 days of Christmas,” you say? Did you know that Christmas isn’t just one day a year? In fact, the season of Christmas doesn’t technically start on Black Friday.

Confused yet? Don’t worry, I’m on a short break, and can hopefully help clarify it for you!

P.S. Be sure to read all the way to the end for an exciting 12 Days of Christmas giveaway from the Team at Twinkle Nights!

When should you start the 12 Days of Christmas?

Right away, I wanted to address this question for you. You should start the 12 Days of Christmas on December 25th. That’s actually the first day of Christmas, not the only one. In orthodox Christian traditions, such as those faiths that follow what is known as a liturgical calendar, there are several big seasons. The first is Lent, which precedes Easter. The second is Advent, which leads up to Christmas. And finally, you have Christmas itself which spans from Christmas Day until it ends on January 5th. January 6th is known as Epiphany, and it commemorates the day that they believe the Wise Men actually visited and the formal end of the Christmas season.

I know, it’s crazy, right? A lot of the Christmas traditions we’re used to are much deeper or slightly altered. The Wise Men weren’t at the Nativity — but we generally include them because it’s a part of the overall story.

Where did it originate?

The meaning behind the 12 days of Christmas carol started way back in the 1500s! It’s possible that it’s just a silly song they invented, and some believe that this is the case.

Others, however, believe there are deeper religious meanings behind them. First, the background:

When practicing Catholics moved to England, they encountered some unfortunate resistance from various religious groups already living there. As the story goes, to stay safe, yet help continue teaching the tenants of their faith, they created the 12 Days of Christmas carol that we’re all familiar with today.

But, as it turns out, they weren’t the first to do so. These monks and Catholic leaders spoke in code too. Each of the 12 Days of Christmas has a different meaning. So, while the song might mention “FIIIIIIIIIIVE GOLDEN RINGS!,” it actually means something else entirely.

Although, five golden rings would be kinda cool now that I think about it…

What is the meaning of the song’s symbols?

Now, gift-giving has always been a part of the Christmas story. For example, the Wise Men brought gold, frankincense, and myrrh. Each of those gifts served a purpose: gold, naturally was a form of currency. Frankincense is presumed to have medicinal properties, helpful when you’re a new parent. And finally, myrrh is great for skin irritation (in fact, if you read the story of Esther, she spent six months receiving daily myrrh treatments to enhance her beauty).

So, with this basic idea understood by those in the church, it wasn’t unheard of to talk about exchanging gifts at Christmas time. So, how did they come up with the ideas behind the gifts to give for the 12 Days of Christmas? Each is symbolic of something greater within the Christian faith. And, it was set to the song with repeating lyrics so that adults and children alike could memorize their tenants of faith easily.

A partridge in a pear tree 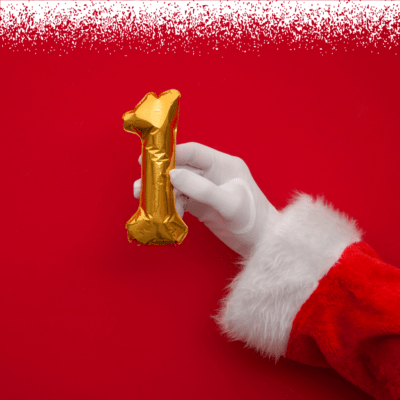 The partridge in a pear tree represents Jesus himself. It’s based on a verse from Matthew 23:37 where Jesus includes some imagery of Him, as a bird, keeping God’s children safe. Because Jesus is central to the Christian faith, the song ends every stanza reminding those who hear of Jesus Himself.

Doves are symbolic of peace. So why are there two of them? This is easy: to represent the Old and New Testaments, or each half of the Christian Bible.

There’s a lot in the Christian Bible about threes, but in this case, it represents the three virtues Christians espouse to others. Those are faith, hope, and love (a reference to 1 Corinthians 13:13, a verse often quoted at many wedding ceremonies).

What do the names Matthew, Mark, Luke, and John have in common? Well, they’re the names of the first four books of the New Testament. They’re also known as the Gospels, of which two of them share the Christmas story (Matthew and Luke).

Equally important to Catholics was the Old Testament. It starts with five books: Genesis, Exodus, Leviticus, Numbers, and Deuteronomy. They’re quoted throughout the rest of the Bible, specifically by Jesus a number of times, which is why they’re “golden rings.” Rings never end, and gold is invaluable; likewise, Catholic leadership would have seen these five books as invaluable and eternal.

According to Genesis 1, God made the Earth in six days. So, the geese represent this aspect of the Christian faith.

This one has a double meaning. First, the Catholic faith has seven sacraments or visible signs. Second, the Bible lists seven gifts of the Spirit. Together, this day represents both of these concepts.

In Matthew chapter 5, there are eight “beatitudes” or attitudes of supreme blessedness in what has been dubbed “The Sermon on the Mount.” The eight maids reminded Catholic listeners of these eight important ways they should behave.

Later, in the New Testament, the Apostle Paul mentions a concept called the Fruit of the Spirit. These are also behaviors expected by all Christian believers. It’s also the origin of the phrase “You’ll know them by their fruit,” meaning what we produce on the outside represents who we are on the inside.

Do you remember the Ten Commandments? Charlton Heston did a great job teaching us about these in his classic 1956 film. But before we had movies, we had songs. The ten lords were to remind us about the ten laws God gave Moses on the mountain. 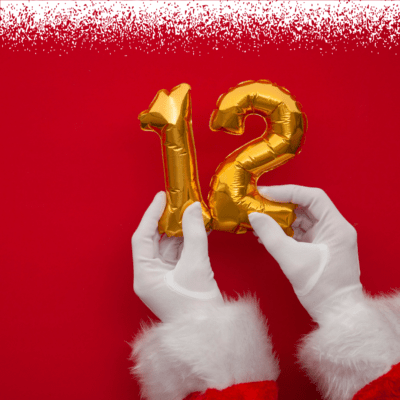 Finally, the twelve drummers are based less on Bible verses and more on an interpretation of them. In the 4th or 5th century, a creed not unlike the United States Pledge of Allegiance was written by early church leaders. In it, there were twelve points. Later, during this period of religious uncertainty, the monks who wrote the 12 Days of Christmas included it as a reminder of what is effectively a Christian pledge of allegiance.

It doesn’t end there

Did you know that the end of Christmas is marked with some additional traditions? So, what is the 12th night celebration, you’re wondering? Well, for starters all Christmas decorations come down on January 5th. Those that celebrate usually include some kind of food and drink, including wassail (a special mulled cider drink), various pastries (depending on local traditions), as well as the tortell and king cake, and lastly (in some areas) it’s customary to finally move the Wise Men into the Nativity symbolic of the Wise Men arriving the next day on Epiphany.

How to celebrate the 12 Days of Christmas

Today, most people recognize Christmas Day as the main Christmas event. Of course, Santa knows this, which is why he brings everyone gifts on Christmas Eve. I can’t even imagine how exhausted the Big Guy would be if he had to make his rounds for twelve days in a row.

That said, you can still celebrate the 12 Days of Christmas in various ways. Even if you’re not of the Catholic faith or have never heard the phrase “liturgical” until today, don’t worry. The team at Twinkle Nights has a way you can celebrate with them too!

Starting December 25, 2021 (Christmas Day!!!), they’ll be giving away one gift each day, leading up to the big, final giveaway on January 5th, 2022 (the 12th day of Christmas!). All you have to do is CLICK HERE to find the form for the first day, fill in your contact information, and you’ll be entered to win the first giveaway!

It’s just one way to say thank you for being a customer of Twinkle Nights. So, what are you waiting for?

***Keep an eye on the Twinkle Nights Facebook page to find out what gifts are being given away and who the winners are. Each gift has its own entry form. You can enter to win all 12 gifts if you sign up every day using each gift’s special entry form link. Some prizes will be limited to certain areas in Florida so be sure to check the requirements of the gift.

And now I’m off — gotta finish those last-minute gifts before Christmas Eve!

How Much Does It Cost To Hang Christmas Lights?